You wouldn’t think so, but thousands of dolphins swim in the southern North Sea. There used to be a lot of bottlenose dolphins as well, but now you see white-beaked dolphins more often. Every once in awhile, a short-beaked common dolphin or a white-sided dolphin is spotted. Even more rare are Risso’s dolphins, striped dolphins, orcas or pilot whales. Beaked whales form a separate group and include the bottlenose whale. These are ocean animals, which occasionally swim into the North Sea. 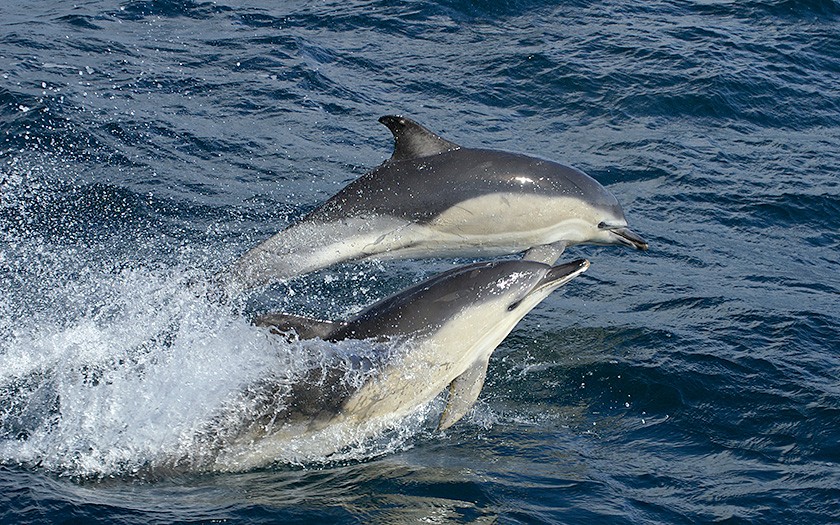 Dolphins answer to a whistle

Dolphins can recognize each other by their own unique whistle. They use it to call to each other. In order to find food, dolphins use their ears instead of their eyes. The animal can emit high tones from its head which echo off a fish. They receive the echo in their lower jaw. This is called echolocation and dolphins are able to determine how large the fish is, which direction it is swimming and how fast. The dolphin can even regulate the strength of the signal. In a noisy sea, the signals must be louder than in a calm sea. In addition, they can’t hear the returning echoes as well. Dolphins and porpoises live in a world of sound, which makes them particularly sensitive to noise made by humans underwater, such as ship motors. Don’t forget that sound is much stronger under water and travels much faster than through air. 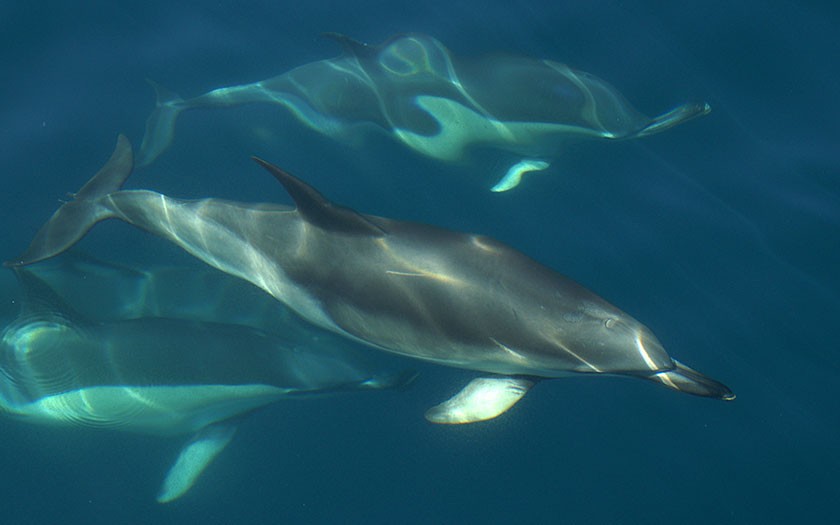 How do dolphins sleep and breathe

Dolphins can’t breathe unconsciously like people do. They must continually think about their next breathe of air that they need to get at the surface. Sleeping in a human sense would lead to their death. Therefore, dolphins let half of their body sleep at one time. By letting one half of their brain sleep, the other half takes over a number of functions. In this way, they can sleep safely.
If a dolphin is wounded, other dolphins often help out. They hold the wounded animal above water so it can breathe until reaching a safe place. 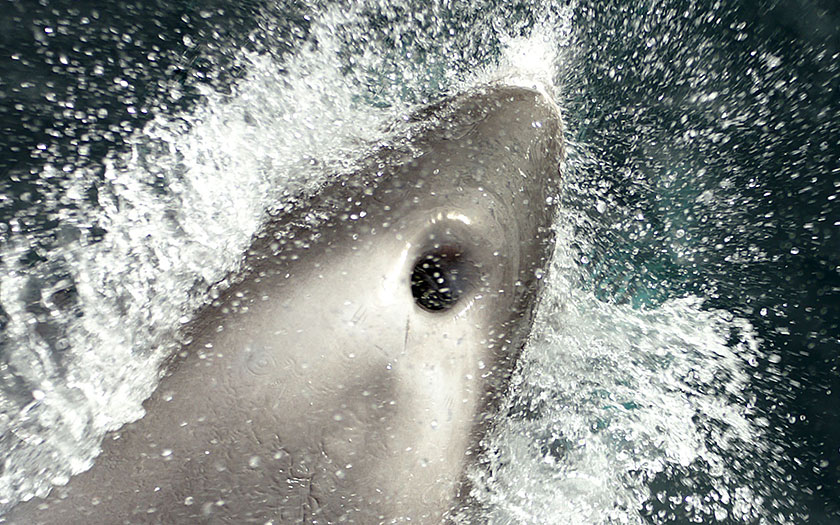 The number of dolphins declined sharply between 1940 and 1965 in many areas of the North Sea. In those days, fish contained high levels of toxic materials. Because dolphins eat fish, they were very much affected by this material. In addition, dolphins are affected by noise under water, from shipping and construction at sea. Furthermore, overfishing the species of fish eaten by the dolphins is also a threat. 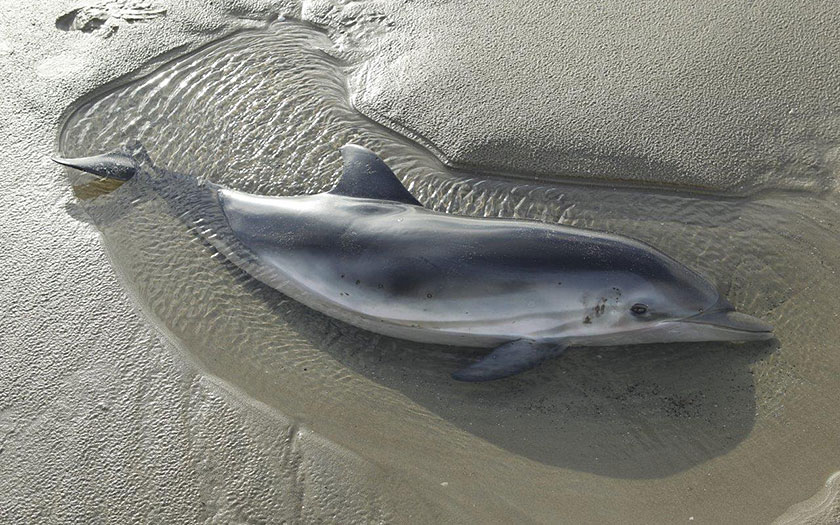 In 1991, a number of countries signed the Agreement on the Conservation of Small Cetaceans of the Baltic, North East Atlantic, Irish and North Seas (ASCOBANS agreement). The countries oblige themselves to protect the habitats of small cetaceans, to collect data for scientific studies, to decrease pollution and to spread information. If porpoises and dolphins wash ashore, they are difficult to save. Nevertheless, the organization SOS Dolphin located at the Dolphinarium in Hardewijk tries to save as many as possible. Various centers along the coast, including Ecomare on Texel, have special equipment for first aid, after which the animals are transported to Hardewijk. If the animal recovers, it is returned to the sea.

Every once in awhile, a dolphin washes ashore on Texel, such as the white-beaked dolphin, the bottlenose dolphin and the common dolphin. At Ecomare, you can see bones and models of most of the dolphin species found in the North Sea. 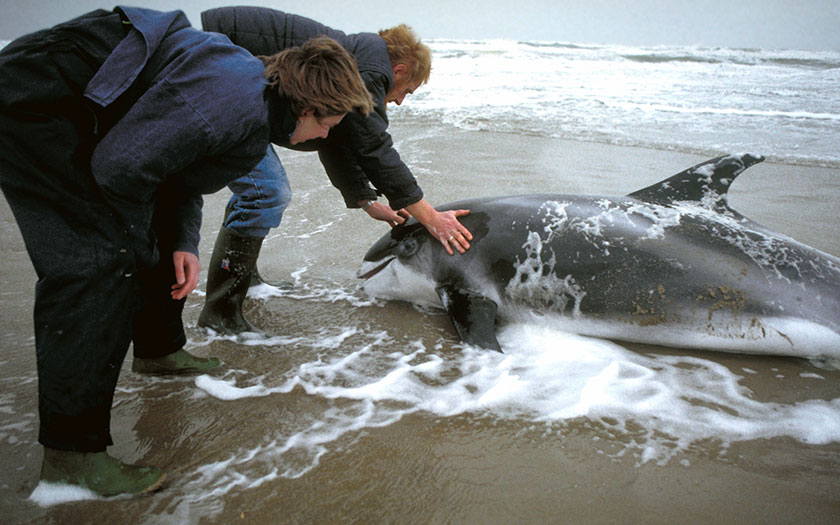