The gannet is the largest seabird in the North Sea region. When it spreads its wings, it measures 2 meters in width. Gannets swim and fly almost their entire life in and above the sea, only coming on land to nest. In order to take flight, they need to catch a good wind under their wings. On land that would mean a running start, but gannets are too clumsy on land. That’s why they nest high up on steep coasts, where the strong seawind is forced upward against the rocky wall. All they need to do to take off is to spread their wings.

Gannets nest in colonies. The gannet colony on the Scottish Bass Rock has been around for centuries. This is where the bird got its scientific name (bassana) and the old Dutch name (bassaanse gans). The female first starts laying eggs at five years old. Both parents take turns brooding the egg in an unusual manner: using the warmth from their feet. The extra care is necessary, since gannets only lay one egg per year. The young is fed for three months. Juvenile gannets are easy to recognize by their grayish-brown plumage with white spots. They only get their fashionable adult plumage in their fifth year of life. 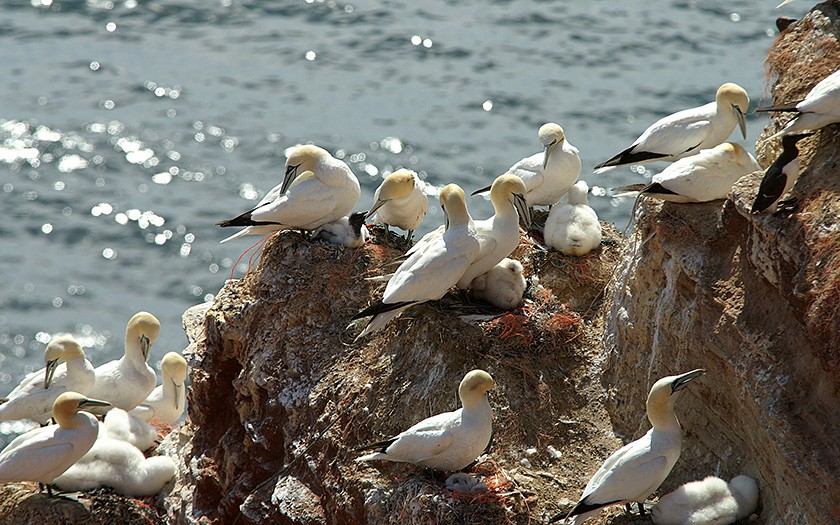 In the autumn, around 20,000 gannets are found in the Dutch North Sea. This is 2% of the entire population.

The gannet tracks its prey from the air and catches it by making a so-called jabbing dive. In order to seize its prey, the animal dives straight down into the water from a height of 30 meters. Folding its wings back and stretching its bill straight down, it reaches a speed close to 100 kilometers per hour, cleaving through the water surface like a living torpedo. The enormous blow is absorbed by a strengthened skull and a protective air cushion under the skin, a kind of airbag. Once under water it continues its hunt, first plunging through the first four meters and then swimming after the frightened fish. 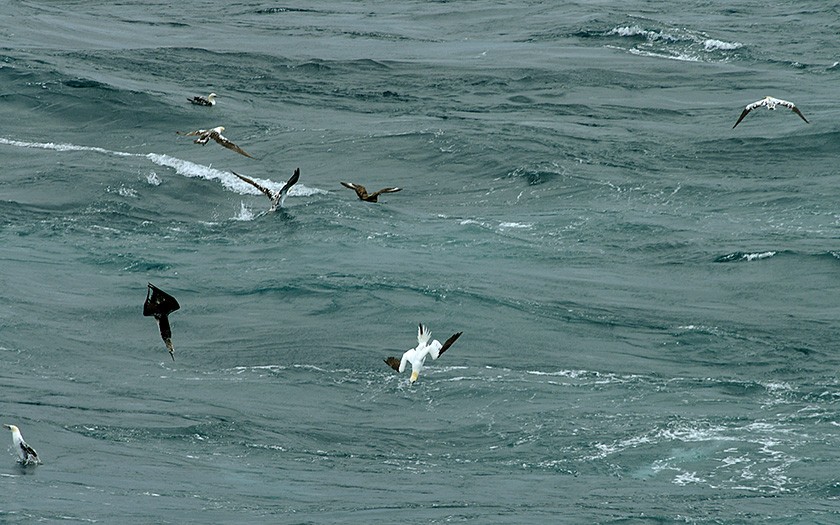 Dangers at sea for gannets

Just like other large seabirds, gannets are threatened by longline fisheries, which make use of a line tens of kilometers long, equipped with thousands of baited hooks. Longline fisheries fish for tuna and swordfish. Birds are lured to the bait and get caught on the hook. Other fishing techniques can also form a threat to gannets.
Gannets are also susceptible to marine litter. A fishing crate containing three gannets washed ashore on Terschelling in August 2005. Because the birds need space to spread their wings in order to catch the wind and take flight, they were unable to get out of the crate. In November of that year, a gannet entangled in kite-surfing equipment washed ashore on Texel. 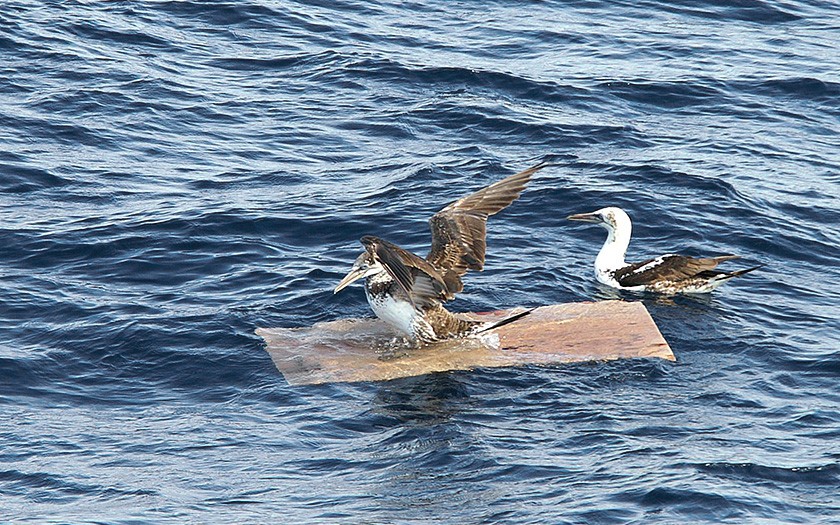 Gannets like to follow fishing vessels, just like gulls. They go after the fish refuse and bycatch thrown overboard. But studies have shown that a ‘junk-food’ diet has a lower nutritional value than fish caught in the wild. Luckily, when gannets have chicks to feed, they go after this healthier and natural source, even though it means diving more than twice as often than eating junk food. 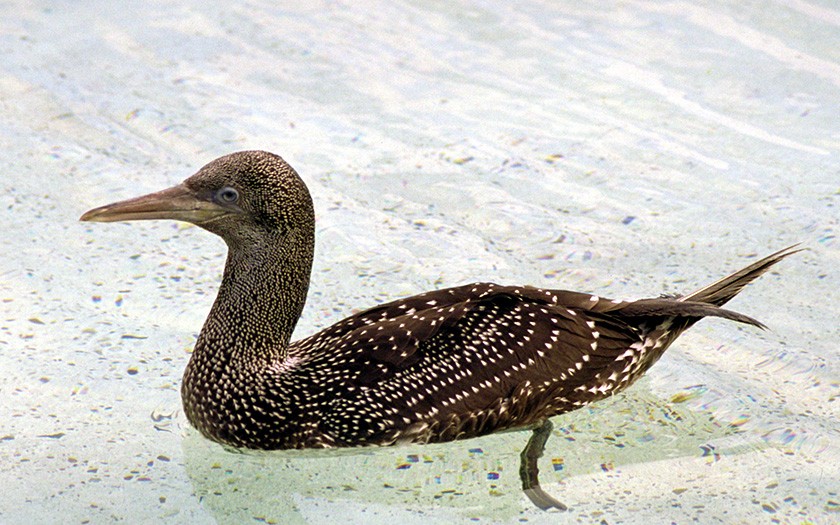 Sometimes you can see hundreds of gannets migrate along the North Sea coast from the beach on Texel. If you notice that they are diving a lot, then there is lots of fish to catch. With a bit of luck, you may even spot a group of porpoises in the water! There is a permanent population of gannets at Ecomare. These birds were once brought there because they were unable to fly and therefore could not be returned to the wild. They now serve as hosts for new gannets that have been injured. Gannets revive better among their own species from their perilous adventures, so that they can return more quickly to sea. 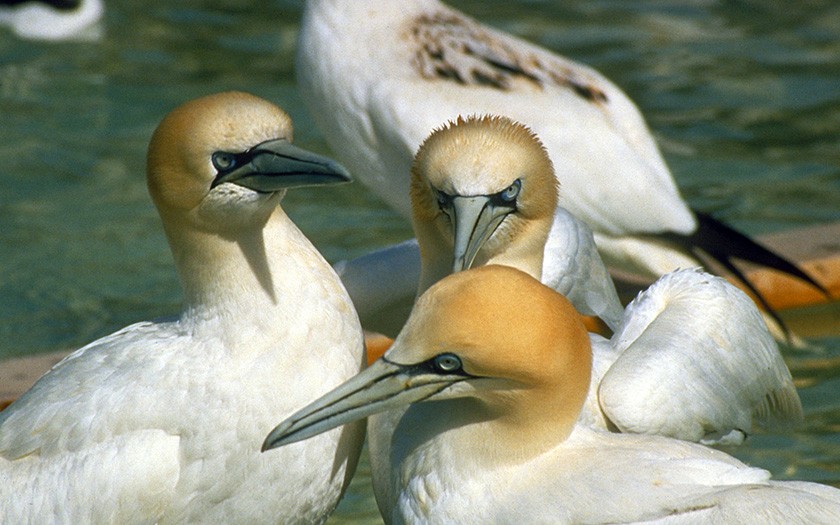