When you hear the word ‘whale’, you usually picture a giant animal. The whale which visits the North Sea the most is the humpback whale. This animal can usually manage without any problem, catching a belly full of North Sea herring before returning to the ocean. Sperm whales that enter the North Sea usually run into problems in the shallow coastal water and have a sad ending. There are also miniature whales: the porpoise, only 1.5 meters long at the most. 10,000 of them swim in the Dutch North Sea. No matter how small they are, they still count as whales. 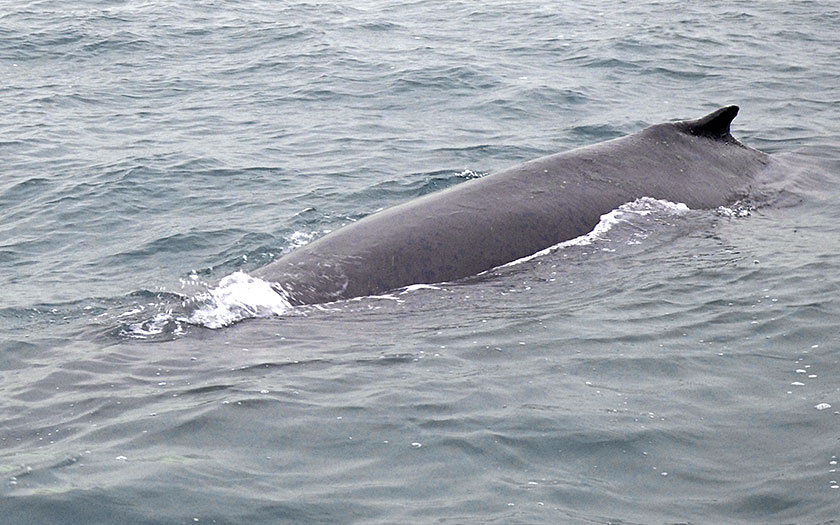 Whales: once a land animal The predecessors of the whales were land animals. In the early Tertiary (around 50 million years ago), a group of predator-like mammals inhabited the coastal regions. Eventually, they adapted more and more to an aquatic life in the sea. They were animals without hind legs; instead, they had flipper-shaped front legs and a broad flattened tail.

Whales have teeth or sieves 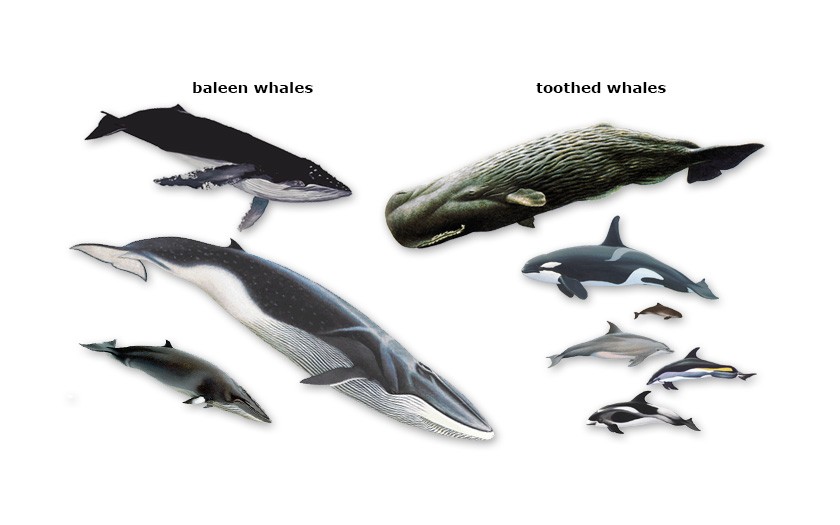 Cetaceans can be subdivided into baleen whales and toothed whales. Most baleen whales are gigantic. They have an enormous toothless mouth. Instead of teeth they have baleen plates, which are made from horn-like material and hang in rows in the palate of the upper jaw. The whales use these baleen plates to filter out their food. Most of these whales live off of krill: shrimp-like animals found in plentiful amounts in the open sea. They will also consume small fish such as herring. 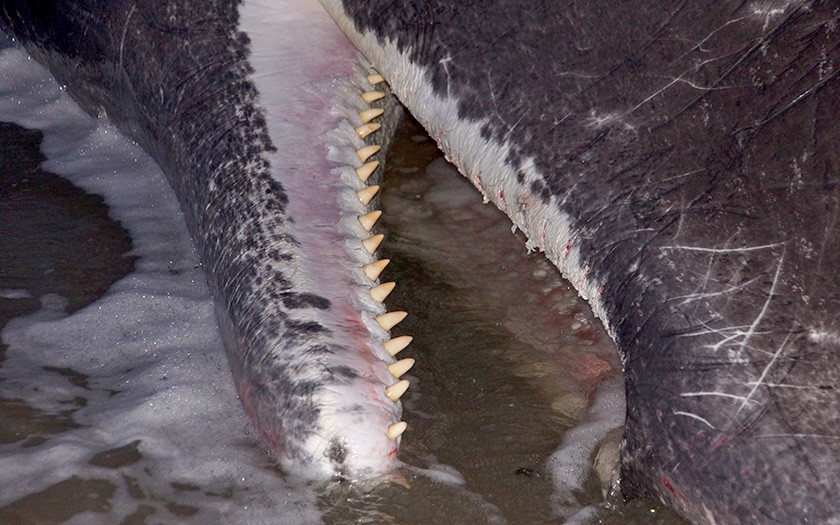 Distribution of whales in the North Sea

Cetaceans are difficult to spot because they usually swim deep under the surface. Large whales are rare in the North Sea. Only the minke whale, the smallest baleen whale, is regularly seen in the northern half of the North Sea. In recent years, since the millennium, humpback whales have also been spotted regularly off the Dutch coast. These animals seem capable of swimming in shallower waters, particularly when hunting large schools of fish. If a sperm whale or any other large whale species ends up in the shallow southern North Sea, then it is usually a case of a vagrant; animals that have left their natural environment for an unknown reason. Their chances of survival are slight and in most cases, they eventually wash ashore somewhere. Due to climate change, the currents in the ocean are changing. It is quite possible that more whales and more species of whales will find their way to the North Sea. 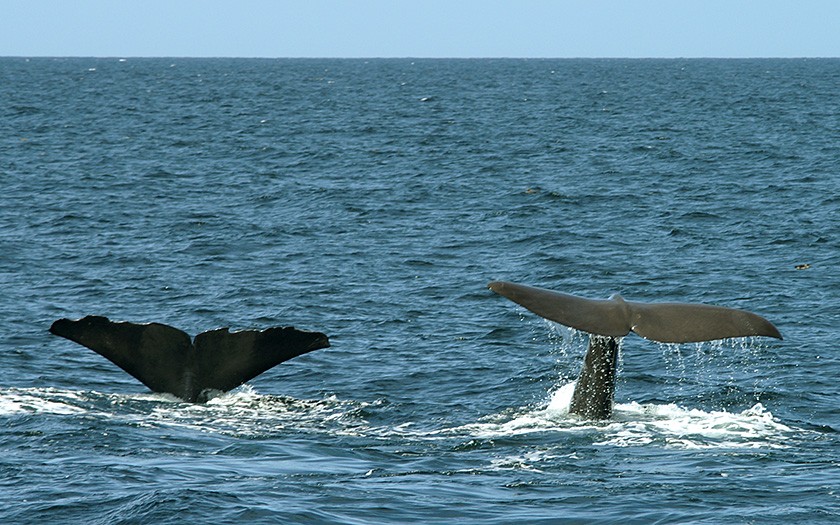 Live large whales that wash ashore are difficult to rescue. They are too large and too heavy and collapse under their own weight. There is only a chance of helping them after stranding if they can float during the following flood. Specialist can then try to lead them to deeper waters. Porpoises and dolphins are easier to rescue but even these animals are much more difficult to care for than seals. The organization SOS Dolphin specializes in rescuing these smaller cetaceans. 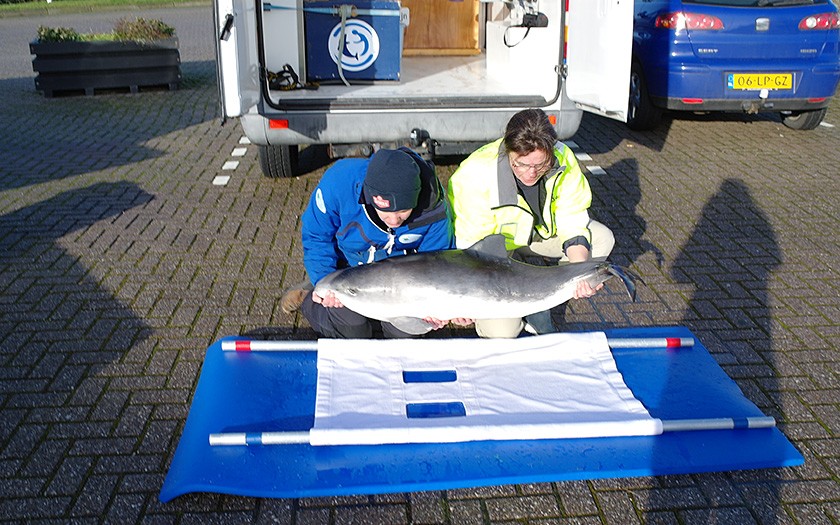 In addition to the species mentioned above, rare whales also appear every once in awhile along the Dutch coast. Several bones have been found from the gray whale and the North Atlantic right whale not far off the coast in the North Sea. These bones are proof that these species of whales swam here probably up to the Middle Ages. Sometimes, a lost beluga from the far north is seen in the North Sea. One swam in the river Rijn in 1966. In 1980-1981 and 1984, one was seen at the mouth of the Schelde and Eems. Belugas are inhabitants of river mouths in the North Pole region. Therefore, it isn’t totally strange that they were found in rivers. In 1912, a narwhal died in the Zuiderzee, another case of a vagrant from the far north. The blue whale, the pygmy sperm whale and the pair of false killer whales that once beached along the Dutch coast, had wandered in from the Atlantic Ocean. 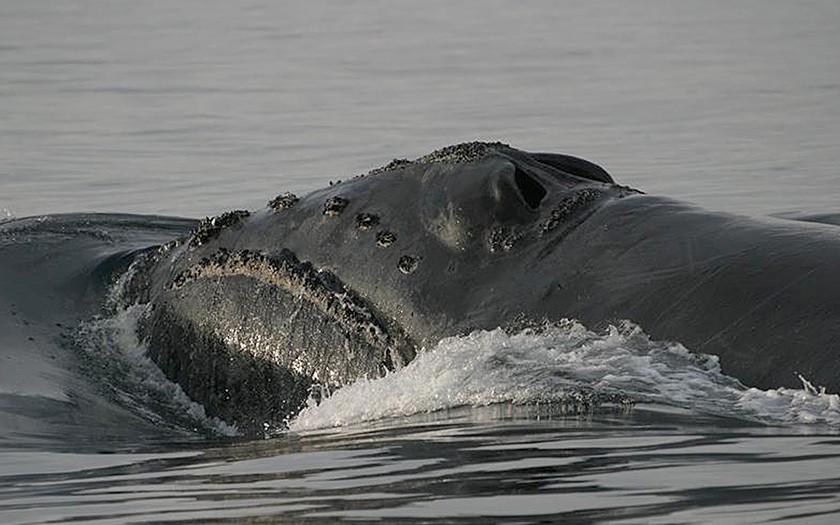 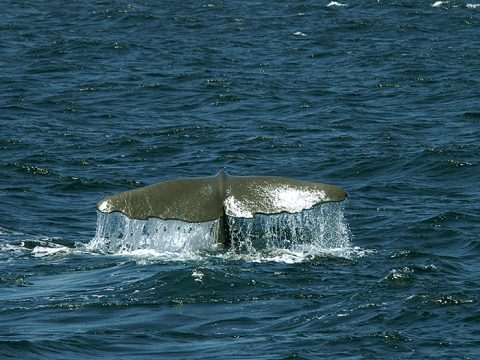 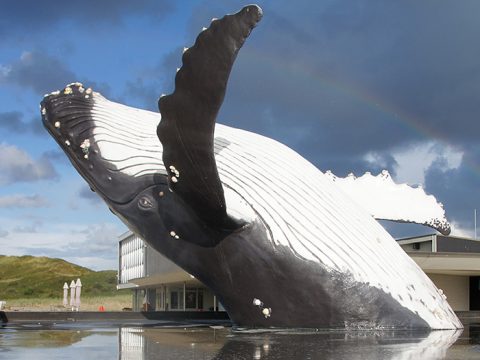