Particularly during a warm summery night, where the water is in motion, such as the surf, the sea can radiate light. It is very impressive to see. The bluish light is caused by sea sparkle, a round one-celled organism. In turbulent water, a chemical reaction in sea sparkle causes it to emit light. It is meant to scare off enemies. During rough weather, sea sparkle moves to deeper and quieter water. Reddish-orange thanks to sea sparkle 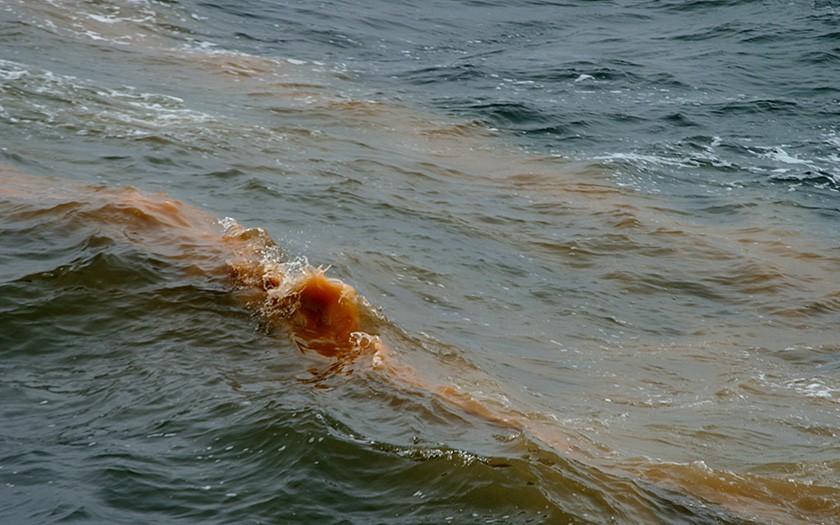 Sea sparkle can blossom in massive amounts: the seawater during the day turns salmon pink. That comes from the production of carotene (‘carrot pigment’). When sea sparkle is in a stage of producing carotene, it no longer sparkles at night.

Is sea sparkle a plant or animal?

Sea sparkle is a relatively large one-celled dinoflagellate, whereby we don’t know for sure if it is a plant or an animal. It contains no chlorophyll to produce food with the help of sunlight and therefore consumes other organisms for food. That is a characteristic for animals. Sea sparkle lives off of smaller phytoplankton, zooplankton and fish eggs. You can even see the digested algae cells as greenish flecks when you look at it under a microscope. These consumed algae cells provide food for a while for the sea sparkle cell. 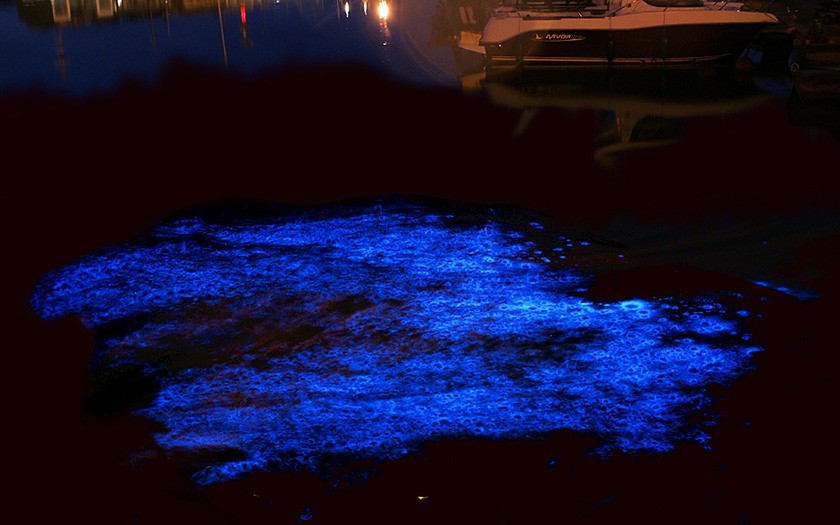 Sea sparkle blooms occur most often in quiet waters in the German Bight. The emission of light produced by sea sparkle is called bioluminescence. This relatively large one-celled plankton is not the only North Sea organism which exhibits bioluminescence. Two other species of dinoflagellates, the glowing jellyfish mauve stinger (Pelagia noctiluca) and various species of bacteria, which live further from the coast than sea sparkle,  sometimes radiate light. Rotting herring can emit light from the bacteria Pseudomonae leucifera. When comb jellies or moon jellies eat sea sparkle or luminous bacteria, they can also radiate light.

Sea sparkle sometimes contains a lot of ammonium. In August 2015, a large amount of red-colored sea sparkle was seen off the coast of Scheveningen, Wassenaar and Katwijk. Rijkswaterstaat, the Dutch Dept of Tranportation, advised not to swim in the water because it could cause skin and respiratory irritation. The reaction from the Royal Dutch Institute for Sea Research (NIOZ) was: “Swimming in blossoming sea sparkle is not dangerous, but skin irritations can occur afterwards. We advise people to wash themselves afterwards with fresh water”.