Animals on the beach

The beach is a miserable place for animals to live. Only a few species of small crustaceans, such as sand-hoppers and the tube-worm Nerine cirratulus, are capable of surviving in these severe conditions. A number of specialized insects live on the higher reaches of the beach: beach flies and several beetles. The most animals are found next to the beach – in the coastal waters: shrimp, crabs, small fish, sea snails and bivalves. 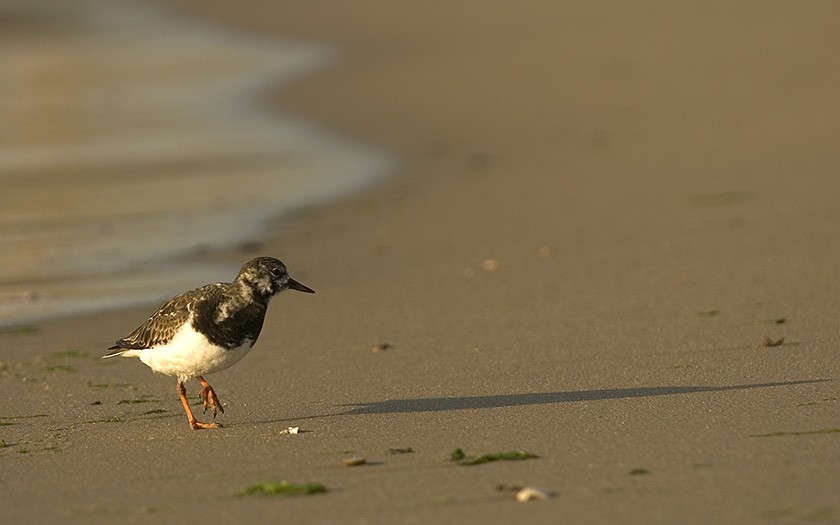 On the dikes and breakwaters, it often swarms with small marine animals. You find barnacles, mussels, starfish, slaters, snails, crabs and sea anemones. The rich food supply on the breakwaters and in the coastal waters is the reason why one always sees birds on the beach. It is usually gulls, terns, ringed plovers or Kentish plovers. In the winter, besides gulls, other species then arrive, such as sanderlings. Various species of ducks can be found then at sea.

Animals between the sand grains 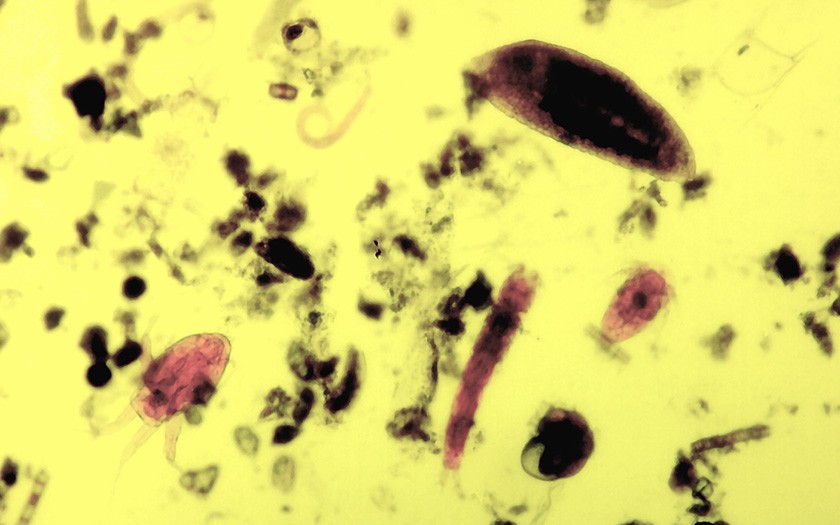 It is a world in itself that you do not see at first glance. In the water between the sand grains, a sand hole fauna exists. These animals are all smaller than 2 millimeters. They belong to all kinds of animal groups. They graze on bacteria and algae on the sand grains, feed on organic material or attack other tiny sand hole inhabitants. They usually have a long thin body, with which they can easily climb and twist between the sand grains, and tiny grasping organs to cling onto the sand. In the tidal zone, a million animals can live just below a square meter of sand, weighing no more than a total of 2 grams.

You rarely see mammals on the beach, with the exception of people and dogs, of course). Seals usually hunt off the coast and sometimes choose the beach to haul out. Usually, they choose quiet tidal flats to haul out. Such a seal doesn’t necessarily have anything wrong with it. It isn’t necessary to warn someone, unless it is obviously sick are very young. Porpoises and white-beaked dolphins sometimes wash ashore, still alive. These are always sick animals. Healthy native cetaceans avoid the shallow coastal waters.

If you should find such an animal: approach it carefully, keep the animal wet with seawater, don’t allow any water or sand to get into the blowhole and get in touch with SOS Dolfijn as quickly as possible. The staff there is specialized in caring for sick cetaceans. Dead beached seals, porpoises and dolphins are often useful for scientific research. Report these finds to local police or township as soon as possible. When it concerns a porpoise or a dolphin, report it on the following site: www.walvisstrandingen.nl. 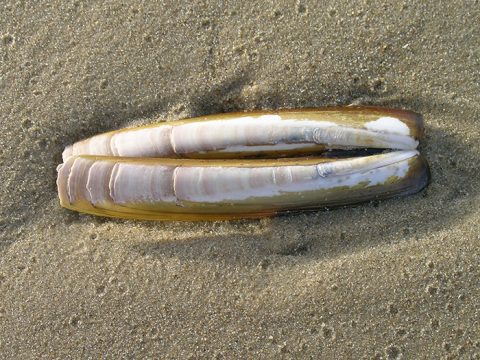