The Hors is a broad beach plain located at the southern tip of Texel. It is the most rugged part of the island. On the Hors, you can witness the formation of new dunes. You are allowed to wander wherever you want, with the exception of the area where the little terns nest during brooding season. In the second half of the 20th century, drift-dikes were constructed which cut off part of the beach from the sea. This is how the Horspolders and the Kreeftepolder were formed. These polders are wetlands which formed after the drift dikes were constructed. Unusual plants and animals grow and live here. 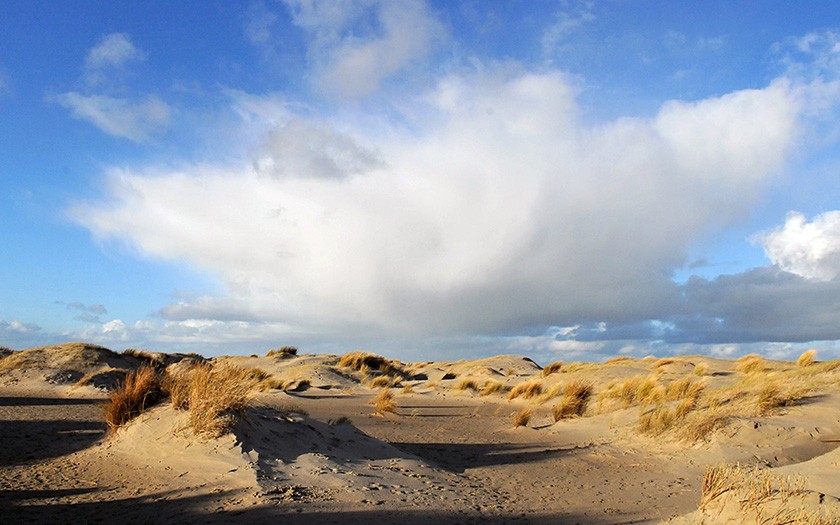 The Hors, thanks to shifting sandbanks

Up till 1700, the southern navigational route around Texel ran through the Spanjaardsgat (‘Spanish Channel’). This inlet was situated where the present Mok Bay now lies and flowed further into the North Sea. There was a sandbank lying west of the Spanjaardsgat: the Hors. This sandbank attached onto Texel in 1749. In the 20th century, the sandbank Onrust also attached to Hors. Thanks to the large supply of sand, new dunes formed and new dune slacks were created: the Geul in 1927, the Kelderhuispolder in 1930, the Horsmeertjes (lakes) in 1964 and the Kreeftepolder in 1980, both thanks to the wind-blown dikes. Since then, a series of natural dunes have formed on the Hors.

Dune formation on the Hors

Dune formation occurs when there is a large supply of sand. On Texel, this only takes place on the Hors. Sand couch is the first plant to take root along the wind-blown dikes as well as in the center of the empty plain. Isolated clumps of grass often disappear again during storms when the sand plain floods with seawater. However once they succeed to stay rooted, they catch sand and create mini-dunes. As long as there is a supply of sand, the dunes grow larger and larger. When the dunes are high enough to hold fresh rainwater, marram grass  starts to grow. This grass is much better at catching sand, accelerating dune formation. Higher up on the Hors, you find many small young marram grass dunes. In between these dunes, reed and other marsh plants start growing as soon as the groundwater level is high enough.

Little terns on the Hors

Around 1970, little terns started nesting for the first time on the Hors. Since then, despite occasional disturbances from military activities, recreationists or floods that wash away their nests, they still return every year. Since 1998, the military take the little tern colony into account. As long as the birds are nesting they stay out of the area. Little terns breed on these risky sandbanks because they are located close to their source of food. They eat small fish, such as sprat and lesser sandeel, which are numerous in the shallow coastal waters near the Hors.

The Horsmeertjes and the Kreeftepolder are young dune slacks with a special vegetation not found in many places in the Netherlands. The Horsmeertjes formed more than fifty years ago. The plant growth has changed over the years. More and more reed grows around the edges. Willows and other trees grow taller and the humus layer in the bottom is increasing. Nevertheless, unusual plants are still found here. Around the Horsmeertjes and Kreeftepolder, you find early marsh orchids, grass of Parnassus, fen orchids, marsh helleborine, chaffweed and brookweed. There are also a few plant species growing that show that the soil used to be salty. Seaside centaury is the most notable plant. Unusual mushrooms are also found here, including many species of waxy caps. In the Horsmeertjes, you even find lots of chara, which you only find in clean fresh waters.

Birds found around the Horsmeertjes

Many different species of birds can be observed in and around the Horsmeertjes. The open water attracts lots of ducks: common teals, wigeons, mallards, shovelers and common pochards. Mating goldeneyes are often observed on the lakes in February and March. Many crested grebes also nest in the Horsmeertjes, foraging for fish in the Mok Bay or in the Marsdiep. Elsewhere on the island, grebes are rare nesting birds. The collar of reed around the shores of both lakes hides reed warblers, bluethroats, reed buntings and sedge warblers. Rare birds such as bearded tits, marsh harriers and bitterns also nest here.

Beach plants on the Hors

Unusual plants which always grow close to the sea include sea holly, sea spurge, sea bindweed and rock samphire. You find all of these species on the Hors. 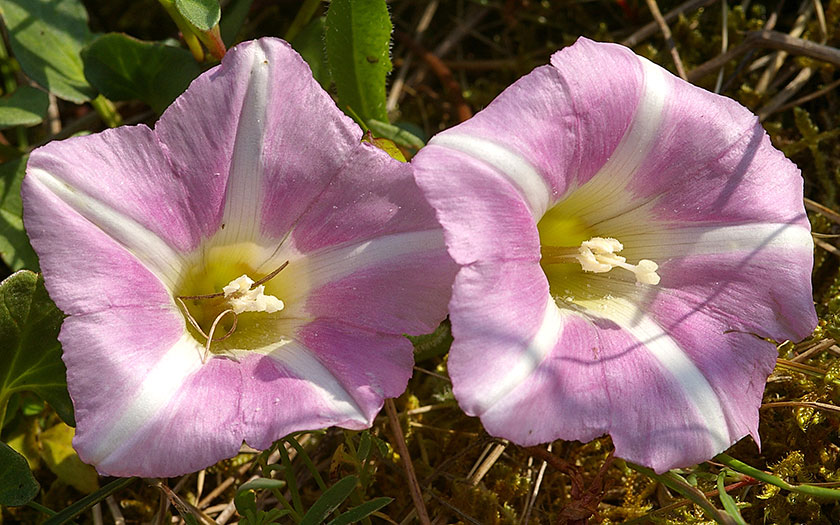