The Waal en Burg polder is located in the middle of Texel. The ground is so low that marsh plants grow here, such as salicornia and annual seablite. The creeks from the former salt marsh landscape, prior to reclamation, are still present.  You can bicycle along some of the old Waal and Burg dikes. Waal en Burg is primarily managed by Natuurmonumenten. The lower central area of the polder is the oldest meadow bird reserve in the Netherlands. It used to be known for the ruffs which nested here.

Waal and Burg is famous

The grasslands of the polder Waal and Burg are now famous for their enormous number of green-winged orchids. There are still lots of meadow birds nesting here, such as the black-tailed godwit and the redshank. It is important that the area stays swampy. There are small windmills used to keep the water in the polder instead of pumping it out. In the winter, lots of ducks and geese take over Waal and Burg. However when the temperature drops too low, they move further south. And then it’s the Texalaars you see, skating on the frozen flooded meadows. In the future, Waal and Burg will become an uninterrupted nature area whereby farmland is converted to nature. In 2010, the first farms were moved out of the area.

Natuurmonumenten and Waal and Burg

In 1909, Natuurmonumenten purchased the low, bird-rich land (the Staart) in the middle of the polder. It was the first time that a cultivated landscape became a nature reserve. The Texel’s nature conservationist Jan Drijver was a big promoter in those days. These areas now form the last remains of the original Texel landscape. Other areas which strongly resembled Waal and Burg have changed immensely due to the land consolidatons in 1954 and 1967.

Meadow birds in Waal and Burg

The scanty grasslands are rich in meadow birds. In particular, lapwings, black-tailed godwits and oystercatchers are plentiful. In earlier times, the region was particularly famous for the ruffs. They courted where the road ‘de Staart’ now lies. The ruff is no longer a nesting bird in the Waal and Burg polder. The population in the entire country has declined enormously, even in nature areas. 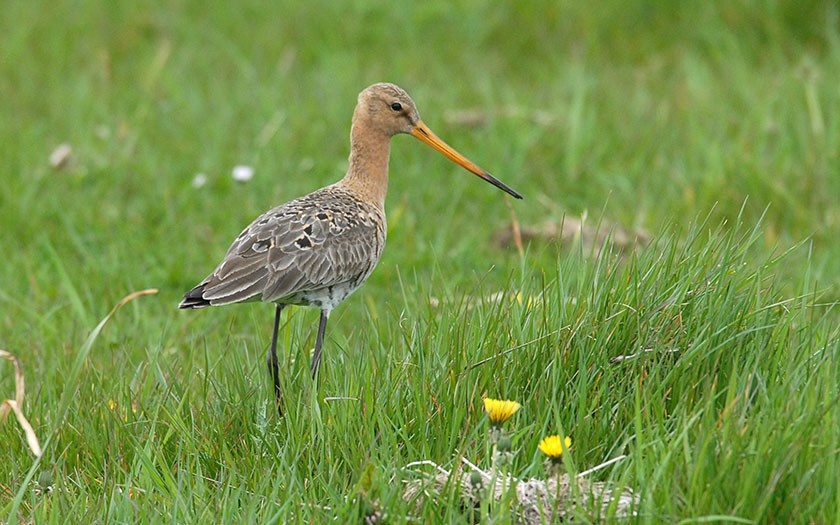