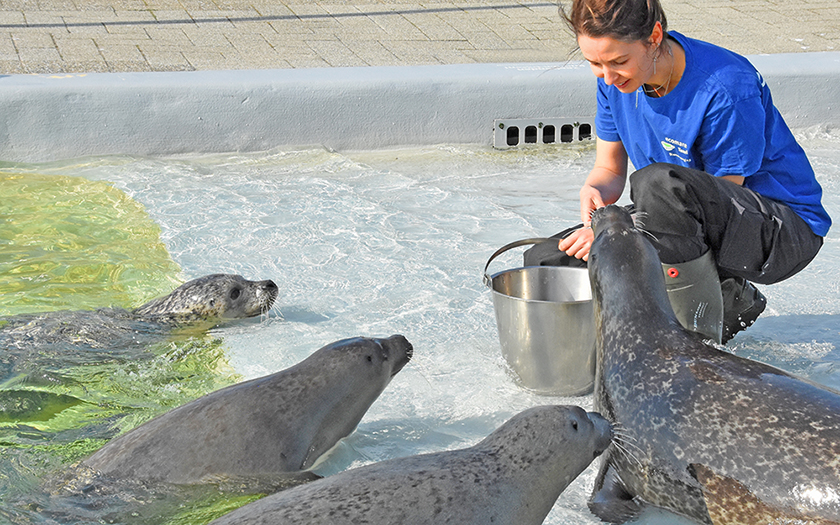 Every year, Ecomare cares for around 100 young, sick, weakened or wounded seals. When they are healthy, they go back to the sea. At Ecomare, you can follow the entire seal care process close up. The smallest and weakest seals remain in the special seal quarantines. These areas are specially designed for the recovery of the seals. There is under floor heating, extra options for hygiene and when their condition allows it, the animals can swim in their own pool. This quarantine area isn’t too large so the animals can save all their energy for getting better. From behind glass, you can watch how they are cared for. When they recover, the seals move to the roomier outdoor bassins.  Here you can see them swimming, playing and sun-bathing. At this stage, the seals only need to gain weight so that they can take care of themselves when they return to the wild. 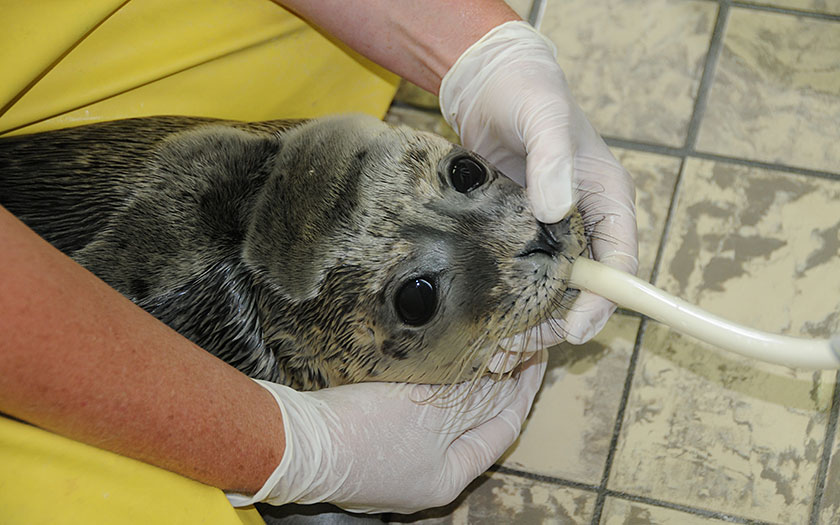 At Ecomare, there are also seals that can’t return to the wild. Most of them are very old, are blind or are missing teeth. There are also a few younger animals, which aren’t capable of surviving in nature due to various circumstances. At Ecomare, they are cared for their entire life. The seals are fed at 11 am and 3.30 pm. Don’t miss it! In August 2018, two ringed seals have joined the permanent group of seas at Ecomare. Because their dwelling at the Royal Burgers Zoo is being rebuilt for other purposes, a new residence had to be found for them. Ecomare has offered the ringed seals a new home. The oldest one died in 2022. 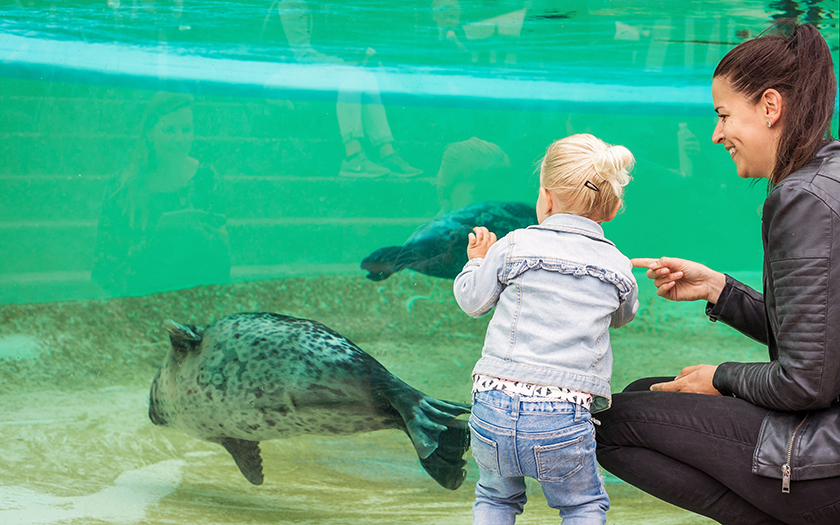