The sandbank Noorderhaaks lies in the North Sea, directly west of the Marsdiep. The high parts of the bank only flood during heavy storms. Noorderhaaks is Texel territory. Texelaars (the people of Texel) usually refer to this sandbank as the ‘Razende Bol’. It is a popular destination for a boat trip departing from Den Helder or Oudeschild. The Razende Bol can be very busy on a warm day. Not only people visit the Razende Bol. Seabirds and seals also resort to this sandbank for peace and quiet. The northern part is closed to the public between 15 May and 1 November. 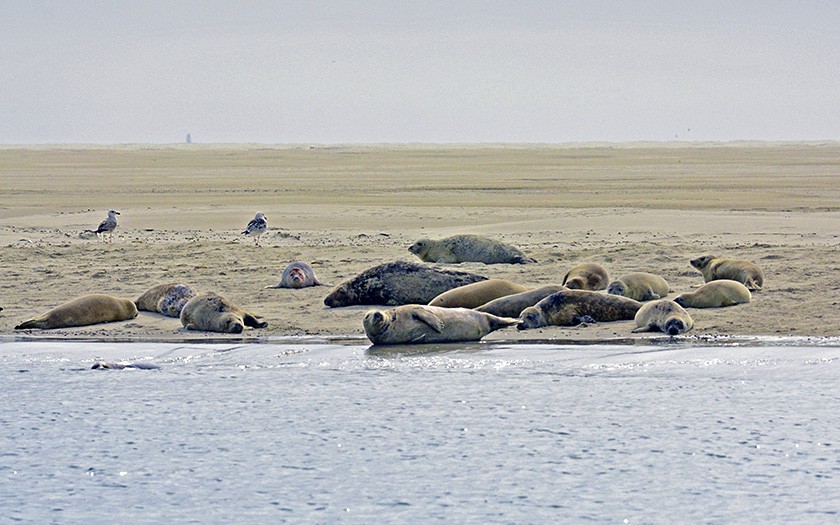 The Razende Bol: A dynamic part of the Netherlands

The Razende Bol has been left untouched by man. Peole have never intervened, which is quite exceptional in the Netherlands. The sandbank formed by water flowing out of the Wadden Sea during low tide and running into the rising tide in the North Sea. The two currents neutralized each other allowing the sand to settle to the bottom.
These kinds of sandbanks are always in motion. A century ago, there was a different sandbank lying where now the Razende Bol lies, ‘Onrust’. Onrust attached onto Texel in the beginning of the 20th century. The Razende Bol moves in a northeasterly direction at a rate of around 100 meters per year. However it is still uncertain whether it will actually attach onto the island.

The significance of the Razende Bol as nature area

The Razende Bol is an important high-tide refuge for birds. Particularly species that are sensitive to disturbance from human activities can find refuge here. Grey seals often seek a place to rest here on the bank. In 1994, the first eight seals were counted. The group grew to an average of 40 to 50 seals in 2003. And in 2010, the number of seals resting on the sandbank approached 200. In the meantime, the group is a mixture of grey and harbour seals. The first young grey seal was born on the sandbank in 2003. From then on, the number of pups born on the Razende Bol has been increasing.
In 2004, little terns were found making nests on the sandbank for the first time. They have continued to make nests there almost every year since, varying from 5 to 28 pairs. However in 2010, many of the little terns were back nesting on the Hors on Texel. Little terns are known for their whimsical nesting habits, so this is not that strange or alarming. 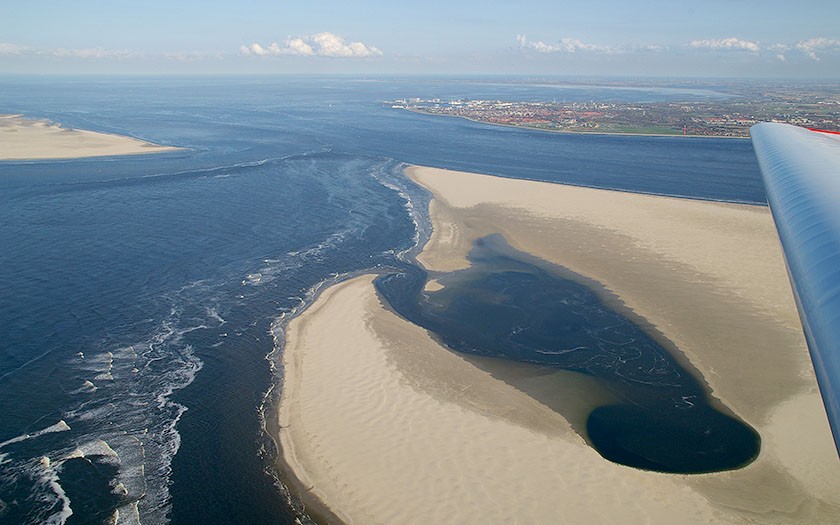