The Slufter, the most famous nature area on Texel, lies between the Muy and the Eierlandse Dunes. It is a large salt marsh plain positioned between two sand dikes. What makes it so unusual is its location along the North Sea coast. The Slufter is dissected by a creek system which extends far inland. During heavy northwesterly winds and spring tide, the seawater penetrates deep into the marsh. Only plants that tolerate salt water to varying degrees grow here. The Slufter valley turns purple in the summer from the flowering sea lavender and red in the autumn from the aging salicorn. The greater part of the Slufter is closed to the public. That’s where eider ducks and sky larks nest. The southern part is open for wandering, and is even partially accessible for wheel chairs. 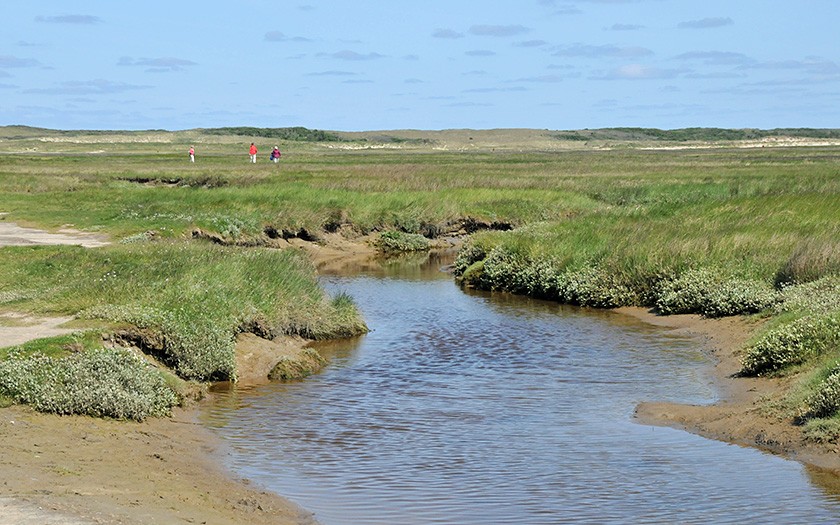 Unsuccessful closure in the Slufter

The Slufter owes its existence to human hands. Since the 15th century, the area between Texel and Eierland was a large marshy channel. In 1629, a dike was constructed across the channel from wind-born sand, the Zanddijk. Land on the western side of the dike continued to expand. In 1855, a new wind-born sand dike was constructed about one and a half kilometers west of the Zanddijk. This dike was named the Lange (‘long’) Dam. Unfortunately for the Texelaars, this dike did not hold for long. In 1858, the Lange Dam was breached in three places. Deep channels formed, flowing into the plains lying behind. These channels were named the Large and Small Slufter and the Muy. After a number of attempts, the Large Slufter and the Muy were permanently repaired in 1887. However, the Small Slufter kept expanding and was more difficult to close. There were two repairs made in 1902 and 1910, but new breaches again forced openings. The last attempt to close the Slufter was made in 1925. When this attempt failed, nature conservationists successfully pleaded to designate the Slufter as a nature area. 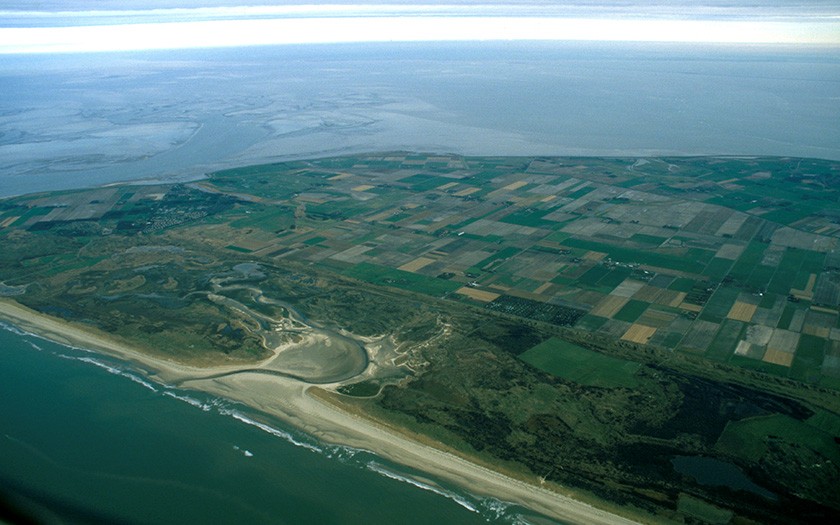 Opening in the Slufter to the North Sea

When you visit the Slufter and climb over the Zanddijk via the stone stairs, you have a view of the entire area. In the distance, you see the opening in the dunes. That’s where the beach and the North Sea are. The entire valley can fill with seawater during storms. The channel retains its depth when the water flows back into the sea. When the current is slow, small mud particles are deposited. This is how a muddy bottom forms, which you see particularly in the northern section. The water flows the fastest around the main channel where the plains are much sandier.

Sea lavender and honey bees in the Slufter

There are several colonies of bees around the Slufter in the summer months. The State Forestry only allows a maximum of 12 hives in the area in order to give wild bees and other nectar-feeders a chance. Sea lavender honey is unusual. It has a notable silty flavor and a greenish-yellow color. The honey supposably helps against colds. 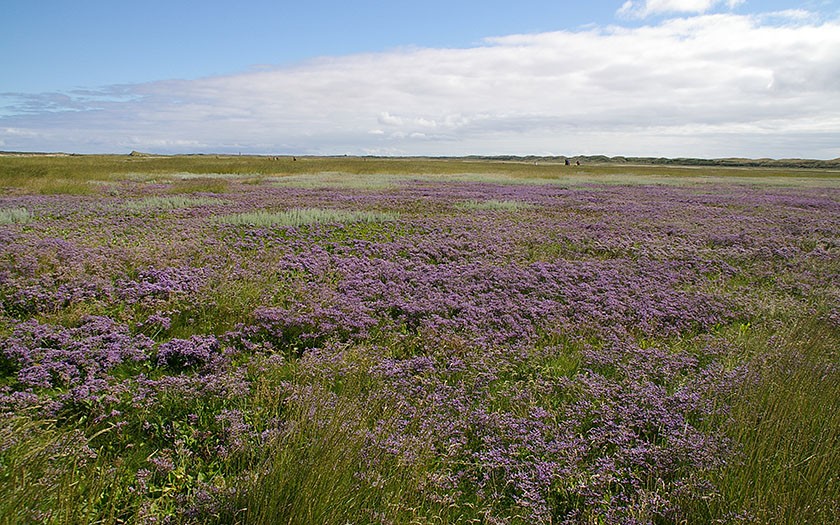 The Slufter: an eldorado for birds

Thanks to the space, tranquility and the presence of the salt marsh, the closed off section of the Slufter is an eldorado for birds. It is home to many waders, gulls and ducks searching for food on the marsh and in the muddy bottom. The majority of the eiders nest in the Slufter itself. After the eggs hatch, the families gather together in the deeper channels. In the winter, there are lots of seed-feeders, such as snow buntings, twites and shore larks. Even rough-legged buzzards and peregrines are regularly seen. 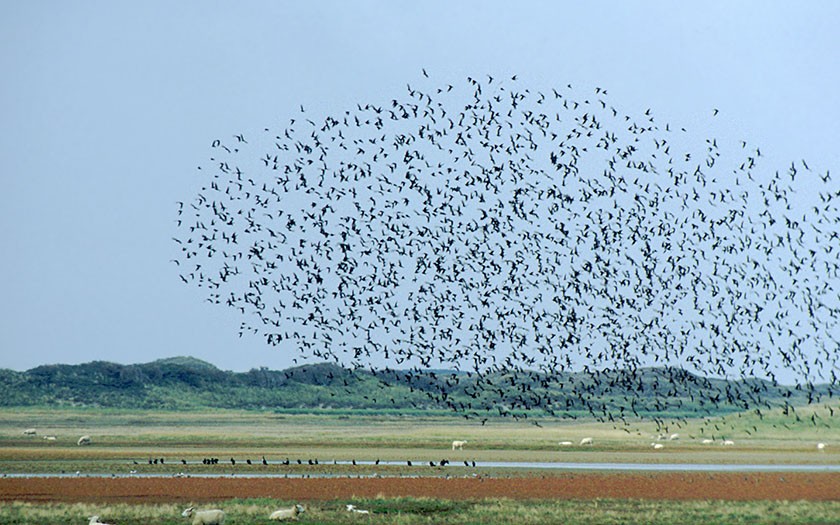 The Slufter during a northwesterly storm is a spectacular experience. In combination with spring tide (extra high flood), the sea rages through the numerous creeks, flooding the plain. From the stairs, you see an immense surface of water. Only the crowns of several dunes stick out. Should you walk in the Slufter after such a storm, you will find large piles of plant remnants on the dune slopes. This shows you how high the water level was during the storm. In combination with easterly winds and an extra low tide, again with spring tide, the experience is totally different. The main channel is so shallow you can easily wade to the other side. Wandering channel in the Slufter

The large Slufter channel meanders. From the flowing seawater in and out of the channel, sand is deposited on the one side and washed away on the other side. Because of this, the mouth of the main channel generally wanders over the years from south to north.