The Muy is a dune region situated between De Koog and the Slufter. Its formation began when sand dikes were built almost four centuries ago, to connect Texel with Eierland. There used to be pastures in these dunes but they have now been converted into nature areas. In the southern part of the Muy lies the Nederlanden. The oldest spoonbill colony in the wadden region is in the Muy. Unusual plants are found growing in the youngest dune slack known as the Buitenmuy (‘outer Muy’), located between two sand dikes on the seaside of the area. Cattle graze in parts of the Muy. 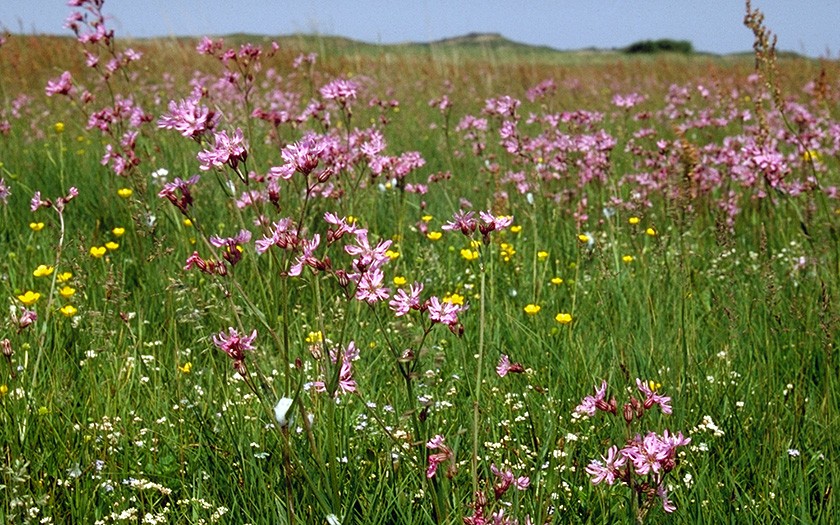 The Muy: extensive slacks in a landscape designed by man 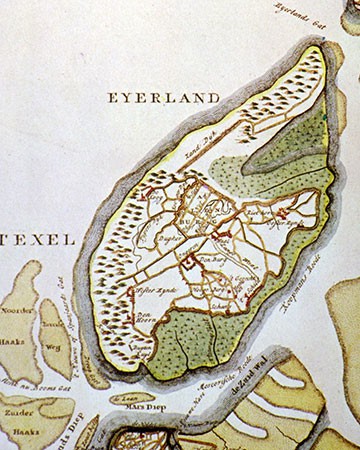 For a long time, the Anegat (Ane channel) separated Texel from Eierland. At the end of the Middle Ages, the channel began to fill up with sand. Eventually, the opening closed entirely, making it easy to construct a drift dike. The first sand dike was finished in 1630. In the 18th century, small dunes formed on the wide beach north of De Koog. A marsh also formed behind the dunes, called the Nieuw Nederland. The area was closed off from the sea on the northern side with a small dike in 1859, creating a polder. The Muy slack north of this polder was connected with the sea for a long time due to a break in the beach ridge, similar to the situation now found in the Slufter. The area was dammed in 1871 by building a second large sand dike on the North Sea side and a dike bordering the Slufter. The Muy pond is a remnant of the old channel. The Buitenmuy formed in 1888 when a new sand dike was built.

Nature restoration in the Muy

In 2009, the pastures in the Nederlanden underwent a facelift. The State Forestry received funding to remove large surfaces of grassland and dune vegetation. The goal was to bring back the original unusual vegetation in the area. The fertile humus layer in the pastures was removed. The ditches were widened, made shallower and more meandering, which has helped to dampen the terrain. Animals, such as the British toad and the root vole, profit from the operation. 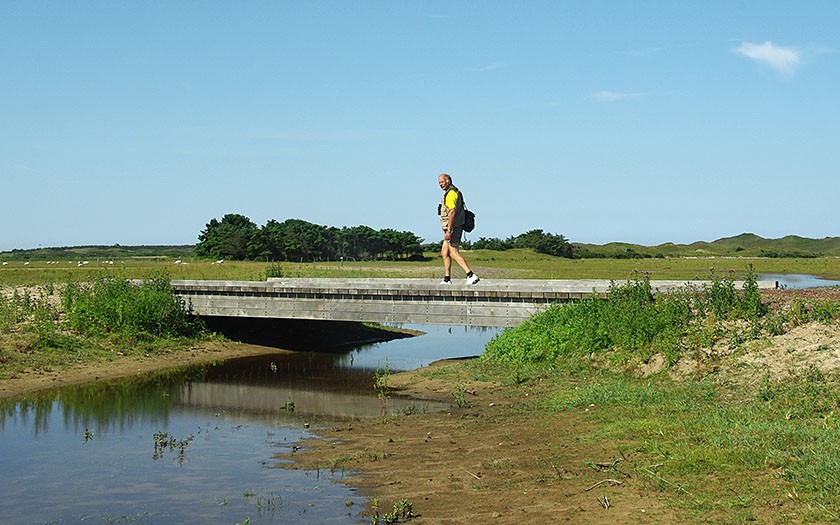 Spoonbills in an unusual dune lake in the Muy

The Muy is famous for its spoonbill colony, being the first in the entire wadden region. The spoonbills nest in low trees along the edge. They brood together with a small colony of grey herons and an ever-growing colony of cormorants: from 25 in 1999 to 1080 in 2016! Young spoonbills in the Muy used to be ringed with a combination of colored rings. In this way, the individual birds could be recognized from a distance. They were seen in southwestern Europe and along the African west coast. Nowadays, spoonbills are no longer ringed in this colony, but elsewhere on the Schorren.  In 1942, exceptional movies and photographs were made by the film-maker Nol Binsbergen. 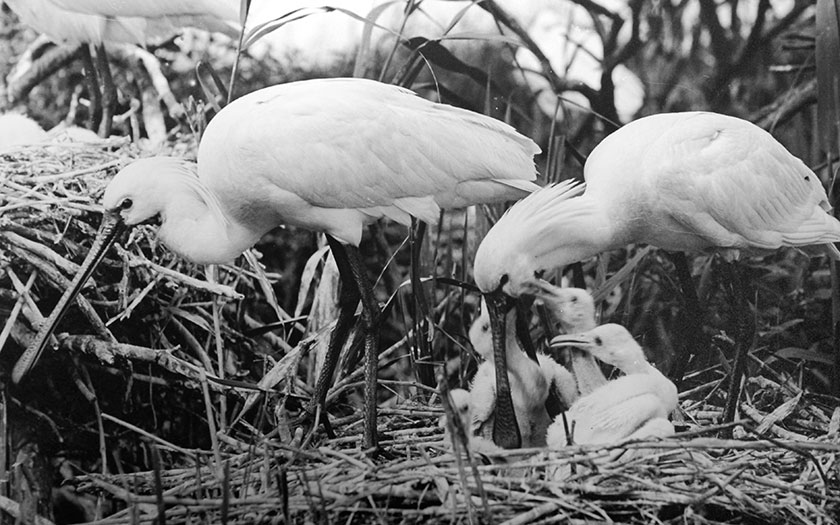 Dune pastures between the Nederlanden and the Slufter dike

The fields in the Muy and Nederlanden are rich with birds. Lapwings, redshanks and black-tailed godwits are found here. In the wilder parts of the Nederlanden, between the fields where creeping willow and heather dominate the vegetation, hen harriers and grasshopper warblers breed. In the bushes, various nightingales, common whitethroats, willow warblers and sometimes long-eared owls have their nests. Since 2009, galloways, rough-haired cattle, graze here the entire year.

The Buiten Muy is a young dune slack. It formed when a section of beach was cut off when the sand dike was built in 1888. In 1992, the State Forestry removed 25 centimeters of top soil in the Buiten Muy to combat the overgrowth. Nowadays, you find plants growing here which have grown rare in other places, such as the autumn gentian. During a vegetation mapping of the area in 1998, the extremely rare divided sedge, Carex divisa, was found.

Gulls in the Muy

One of the herring gull colonies on Texel is located in the Muy. The birds forage along the beaches and in the nearby Slufter. A few smaller common gull colonies are found on the most outer row of dunes.