Place a live starfish on a wet surface, it will quickly attach itself to it using its strong suction cups. Try removing it, it won’t be easy. It can even break open mussels with these strong suctions. Starfish use seawater to steer the feet. A smooth spot on top of the starfish is for filtering water. Its anus is also on top, precisely in the middle. Its mouth is exactly opposite, on the underside of the body.. 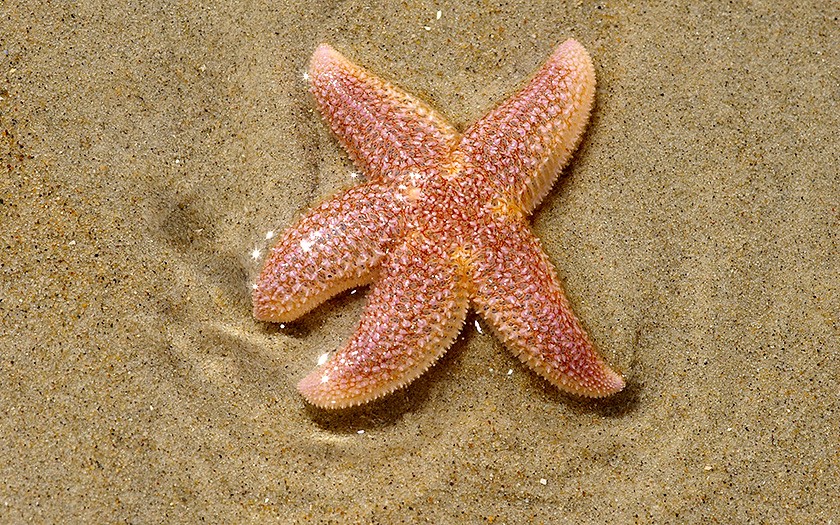 Distribution and habitat of starfish

Common starfish are the most prevalent species of starfish in the North Sea, delta waters and Wadden Sea. You often find them on mussel banks and in pools on breakwaters and sea dikes, where groups of mussels cluster together. They live between the intertidal area and 650 meters deep. 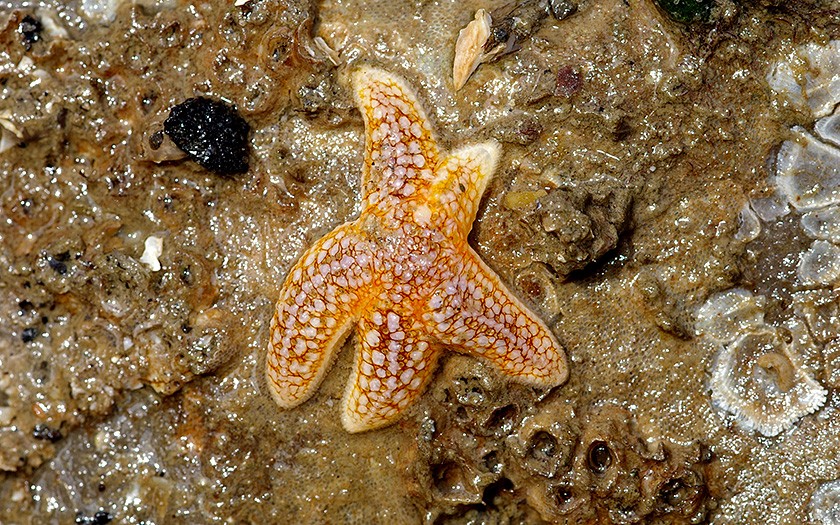 Starfish versus mussel: Persistence pays off

Starfish love to eat mussels, but these shellfish are known for closing their shell very tightly. Even for humans, fresh live mussels are difficult to open. However, starfish can crack a mussel open by setting two of its arms on the one valve and the other arms on the other valve. The mussel will close its valves with its strong adductor, however the starfish has patience. Besides the fact that the mussel spends energy holding the adductor shut, it has closed off its source of oxygen since no water is flowing through. When the mussel starts to tire, the starfish begins to pull. After ‘fighting’ for several hours, the shell halves start to separate. The starfish will invert its stomach into the shell and digest the mussel inside its own home. 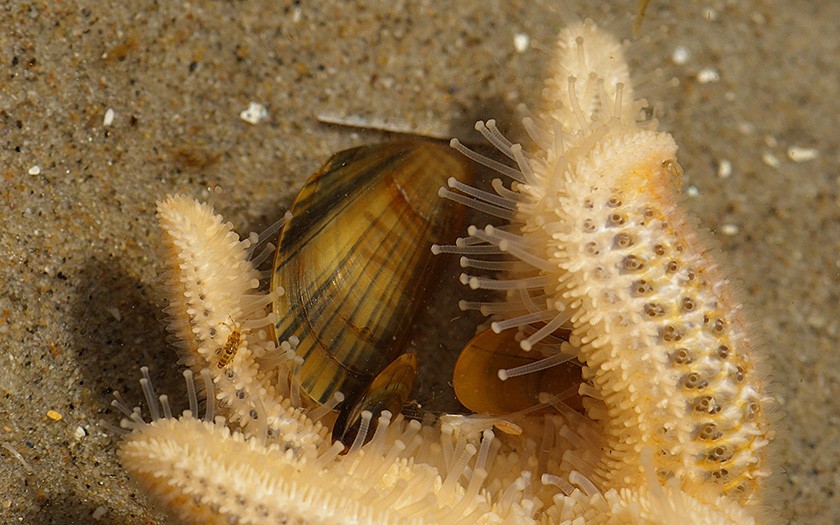 Normally speaking, starfish have five arms. However, you sometimes see them with fewer arms. In that case, the missing arm usually has fallen off and will later regenerate. Every once in a while, something goes wrong and instead of one arm regenerating, two arms are produced. The starfish then has 6 arms. In 2015, divers in Lake Grevelingen found a starfish with seven arms. This was even more extraordinary! 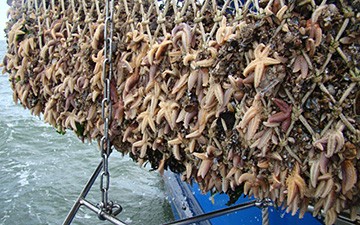 It doesn’t happen often, but sometimes hundreds of starfish wash ashore at one time along the Texel beaches. It’s more likely to happen in the winter, with easterly winds. The animals are paralyzed from the cold. You can usually find starfish on the tidal flats among the mussels. Most often, they are very tiny.